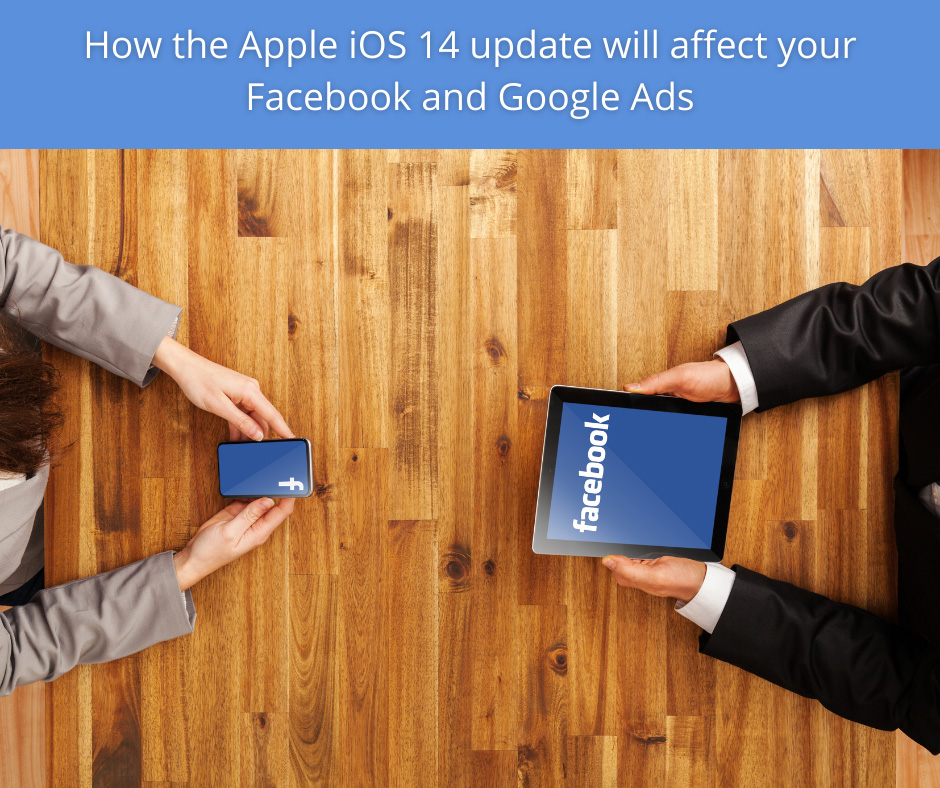 The new iOS 14+ (iPhone Operating System) update is to be released in early 2021 according to Apple.

With this update, Apple is making sure that in order to track users’ activity across the web for advertising, apps and platforms such as Facebook and Google MUST explicitly ask for users’ permission to opt-in for tracking. For each and every app they will be shown the pop-up message “Allow Tracking” or “Ask App Not To Track.” 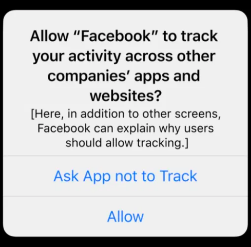 Users that opt-in will be shown personalized ads as they are shown today, before the update.
Users that opt-out will still have ads shown, but they’ll be based on other methods like contextual targeting. This means that your ads will reach some of them, just not based on their specific interest.

Here are some impacts on the ads and solutions we can use:

We use Facebook Pixel to measure the effectiveness of our advertising by understanding the actions people take on our website.

For example, for the retargeting campaign, we set up Facebook pixel to track people that have visited our website after seeing an ad but haven’t converted, and we target them. At the same time, we are able to exclude people that have already converted to leads from this retargeting campaign. However, this update affects Facebook’s ability to process and receive this information for iOS 14+ users that opted-out, so Facebook will take measures on their behalf and start processing pixel conversion events from iOS devices using Aggregated Event Measurement.

On our part, as advertisers, we are advised to verify websites’ (parent) domain, so when Aggregated Event Measurement becomes available, it should enable pixel conversion tracking and we should be all set-up for retargeting again. We’ll know more about this feature once it takes action and we measure and compare results.

Check the link below to learn how to verify your website

The biggest change that we’ll notice is how data is reported back to advertisers. User journey through your website won’t be available for the iOS 14+ users that opted-out. However, Facebook will request permission through Apple's AppTrackingTransparency framework to track conversion events occurring on iOS 14+ devices.

We expect something similar, a back end solution for in-house data collection, from Google as well.

However, in Canada, iOS and Android are almost tied for market share and we want to be prepared when the Apple iOS 14+ update takes action in early 2021. 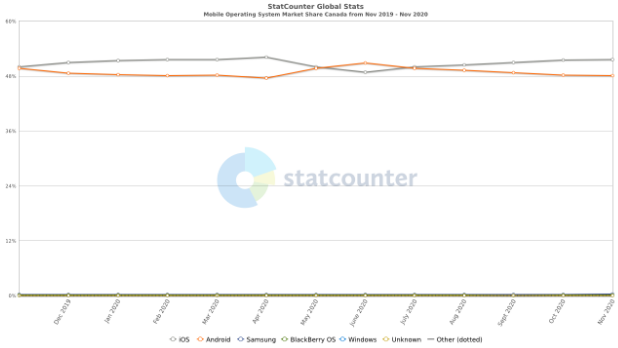 This update will give Apple iOS 14+ users more control over their privacy since they will have the option to decide whether or not their data is used for delivering personalized ads. Apple will begin to require that all apps in the App Store show a tracking permission prompt to users on iOS 14+ devices. The update will affect iOS 14+ users in a way that if they opt-out of the tracking option, they will still receive and will see ads, the difference is those ads won’t be related to their specific interest, e.g. home buying/selling/renting, but will be more general or completely unrelated to their web search and interests.

This option for opting in or out tracking for marketing purposes has been around since iOS 10, and Android users have it as well in their smartphone settings. The only difference is that updates will force iOS 14+ users to decide to opt-in or out as soon as they land on the app. These changes will mostly impact e-commerce businesses and businesses that heavily rely on app installs. We’ll know more when the update takes action, but what we can expect is to have Facebook and Google find a way to bridge these changes and self regulate so to keep businesses investing in advertising on their platforms.